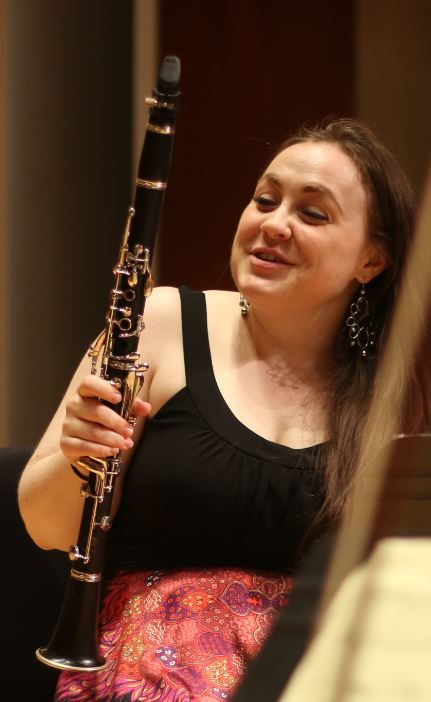 Melissa Morales is a clarinetist and educator originally from the Greater New Orleans area currently finishing her doctorate at the University of Maryland. Additionally she is currently the artist in residence at Collington Continuing Care Retirement Community in Bowie, Maryland. She has served as the clarinetist for the Washington D.C chamber music collective Potomac Winds since 2016 where the ensemble served as artists in residence in Talbot County for the 2017-2018 academic year, performed as part of the Riverdale Chamber Music Society, National Music Festival - Resonance Chamber Series, and was invited to perform at Forum Cultural Guanajuato in Leon City, Mexico. Morales currently serves as second clarinet with the Apollo Orchestra. She has performed at historic venues such as the Kennedy Center and Symphony Center.

Prior to her time in Maryland, Morales spent several years in Chicago, IL where she worked with organizations such as DePaul University where she received her Masters and subsequently served as an adjunct music education professor, and the Chicago Symphonic Winds - Chicago´s premiere wind ensemble dedicated to furthering the experience and tradition of wind repertoire - where she worked as the Director of Education and Engagement. She was a regular member of the Chicago Summer Opera for their 2014-2016 seasons, and performed with the Lake Effect Clarinet Quartet for their 2015 season. In 2014 she a winner of the 2014 Monroe Symphony Leagues Marjorie Stricklin Emerging Artist Competition, and was a featured artist in the Trinity Presbyterian Young Artist Performance Series in New Orleans, LA.