The clarinet key terminology refers to the number of keys installed onto an instrument.

Standard 17 key arrangement
.
2. 18 keys/6 rings, this is the most common professional Boehm clarinet key setup. It adds the left hand Eb/Ab lever.
On older model this key was placed between the left-hand C#/F# and the left-hand E/B lever. It caused often irritations, because do to its position, the C#/F# lever arm was comparatively long and you could often experience that the C#/F# key was bouncing. Thanks to the Danish Royal Guard player Jeppe Tom Petersen, did we design the new outside left hand Eb/Ab mechanism which Buffet adopted quickly and it became the modern standard used by all manufacturers.
If you experience problems with the jumping C#/F# key it is possible to change your clarinet to the modern system. 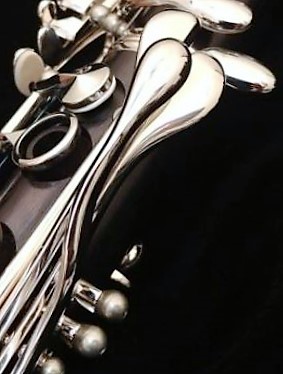 LP-style left hand Eb/Ab lever. It can be added to any instrument.
.

This old style Eb lever positioned between the E/B and C#/F# lever. The longer C# lever makes it very noisy and often bounds.
.
3. 19 keys/6 rings. These nominations can either refer to an additional low Eb/Bb key, which was very common until the 1980 or to the modern clarinet with an F-correction key, like on the Tosca from Buffet.
a) The low Eb/Bb key allowed payers to play on Bb clarinet the A clarinet voice, by transposing it half a note down. It saved them the expense of for an A clarinet. Many older recordings for A clarinet, were actually played on these extended Bb clarinets.

b) The Low F-correction brings the notoriously flat F slightly up in pitch. It was first introduced by Buffet on the Tosca and later applied also to the Tradition, Divine and now the Legend.

Since it has no influence on the low E, which still will be flat, an additional low E-correction can be added. See also Low EF-correction-mechanism 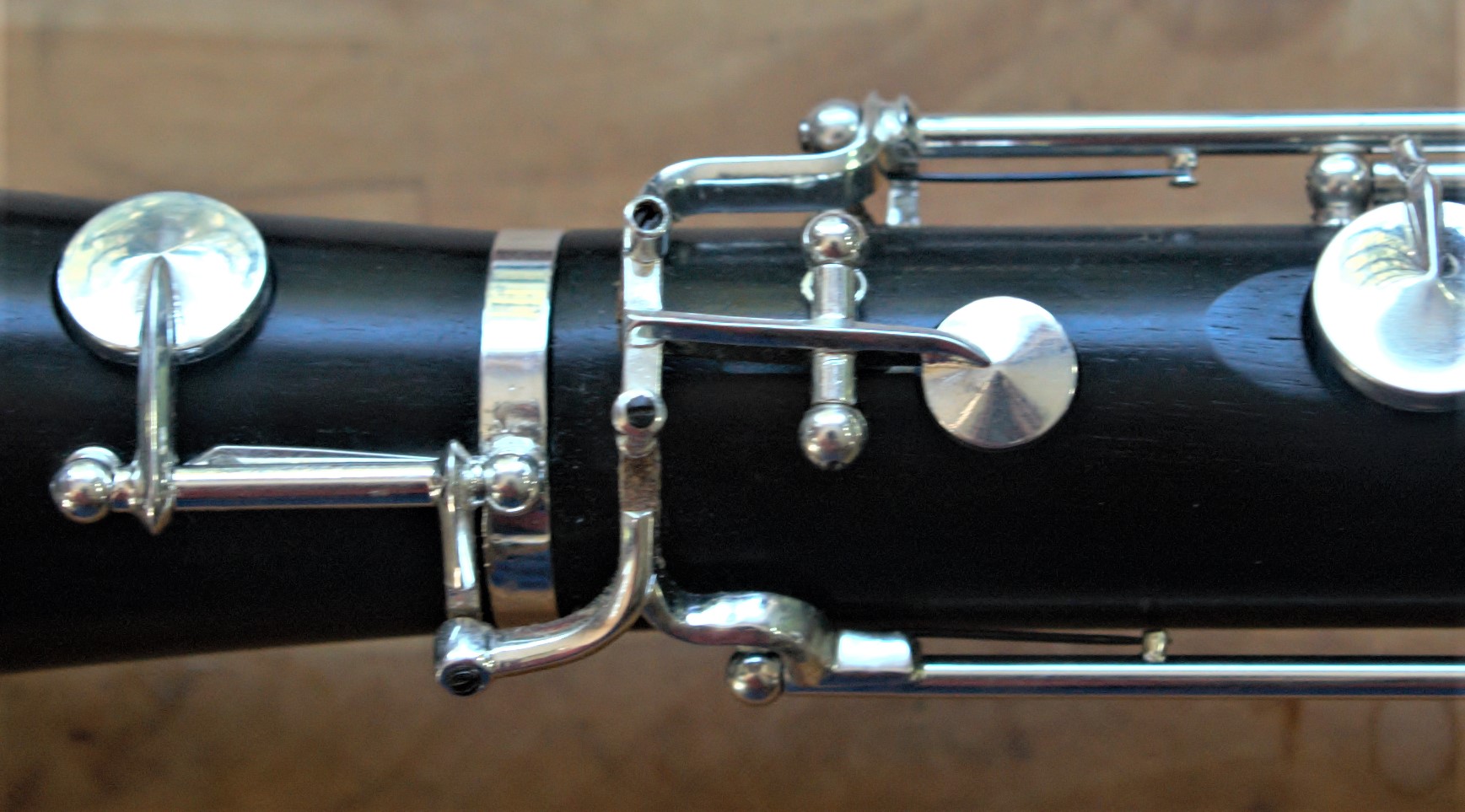 4. Besides these, there have been numerous other more advanced models with up to 22 keys and 7 rings. Do to their complexity, increased weight and difficult maintenance, did they disappear. You might find them occasionally and wonder what all these keys were for.

5. The Plateau system or full-covered Bb clarinet key systems like on oboes or bass-clarinets used to be produced by all manufacturers in the 30´s. These instruments were very popular among doublers, who played saxophone and clarinet in the dance or swing bands.
Unfortunately, one after another maker stopped producing them. They were very labor intensive and had acoustical problems which made them finally disappear.
It was another Danish musician Liz Petersen , who inspired us to reintroduce the plateau system, to help players with all sort of hand problems. See more at Low EF-correction-mechanism

Full plateau system, It is also possible to get only indivifual keys cobered with a plateau
.