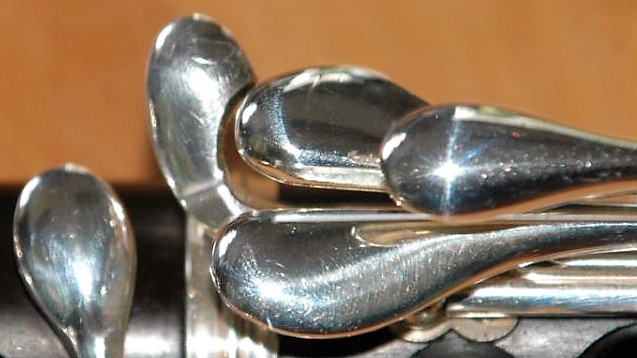 In order to prevent tension in the hand, a good hand-adapted mechanism is an advantage.
If individual flaps are too short to reach them easily, a flap extension is a good option. The flaps of the 5th fingers in particular are often difficult to reach. 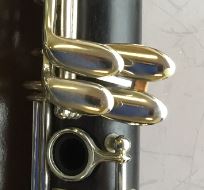 If individual flaps or parts of flaps are too long, they can be shortened accordingly. Since we have fewer nerves on the sides of the fingers than on the fingertips, this is often not noticed when a flap is touched unintentionally.

Players with large hands and wide fingers in particular sometimes have problems that parts of the flap are touched accidentally, which can often lead to undesirable noises or sounds. We can often help here with modifications.

The modified flaps can then be silvered again so that the instrument looks acceptable again.

We can transfer modified keys to another instrument if you decide to replace your old one.
Help us to get better
Was this article helpful?