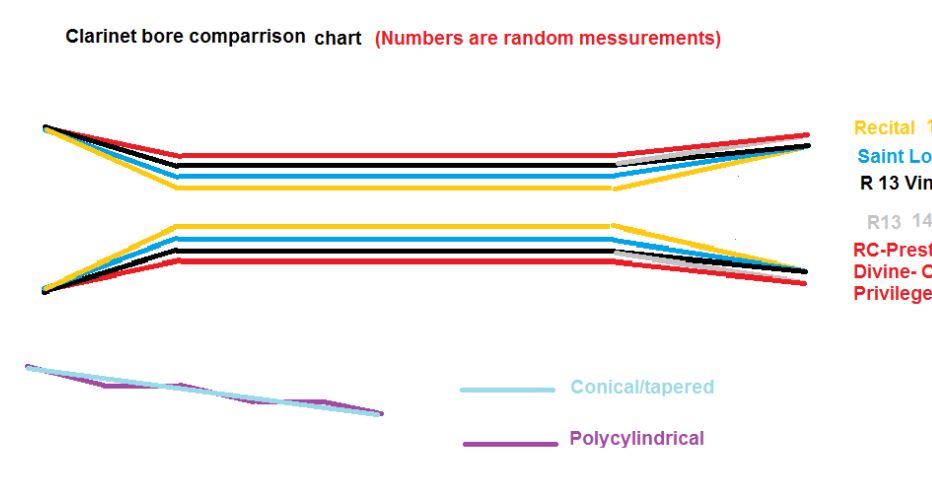 Restores the sound of a new instrument

The phenomenon:
1. Clarinets change their sound, pitch, and resistance as they get older, also known as becoming blown out. It is caused by the change or enlargement of the bore size because the instrument has been swabbed out thousands of times throughout the years. Thick, tight swabs will wear out the bore much faster. After approximately 6-8 years, you will notice that the instrument's general pitch rises. When you keep track of the bore dimensions, as we do, you will notice that it has increased by about 1mm.

A longer barrel will help to temporarily compensate for it but tends to affect the left-hand notes mostly. The sound also becomes brighter and more open. Most players then search for a new mouthpiece, usually one with a smaller opening, which requires harder reeds. It will continue for some time until you decide that a new instrument is needed because your old one is worn out.

But what happened was that the slow enlargement of the bore caused the pitch to rise and reduce the resistance. By switching to a closer mouthpiece, you can move the resistance and control from the instrument to the mouthpiece. But it is just a temporary win.

The solution
The best solution we came up with is the L&P bore replacement. We will insert a sleeve that replicates the original bore as closely as possible. Over the years, we have collected data from the clarinets we worked on and created a huge database. It allows us to restore the bore to its original shape.

Since 2017 mpingo, also known as grenadilla wood, has been listed as endangered and needs to be protected. Even with increased awareness of this issue and environmental efforts to plant more trees, it will still take at least 80 years to increase the amount of grenadilla wood available. That's the minimum time it takes before a tree is grown and matured enough to be harvested for clarinets..

Read about the LP-Win-Win warranty